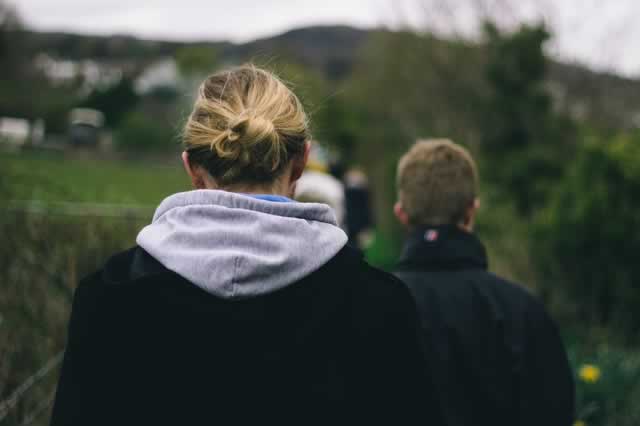 10 Things I Hate About You. How to Get Over The Things That Drive Your Marriage Apart

Most of us can list at least 10 things that we dislike or even hate about our spouse. Maybe they are late, overspend,  forget to pick up the dry cleaning, too ambitious and working late, or not ambitious enough, etc.  These usually become the focus of couples’ worst fights. Mainly because resolution feels impossible. Couples fight, both swear they will change the behavior, and then there is a honeymoon period where things are better. But then the behavior starts back up and the fights begin again. As couples go through this cycle the fights become worse, anger deepens, and damaging things get said or done.

These repetitive fights leave one or both spouses throwing their hands up in the air and saying “this is hopeless” and feeling like the marriage is ending. And the phrase I usually hear as a couples counselor is “I didn’t sign up for this.”

When questioned, couples admit that they saw these same traits before their engagement but believed that their partner would out-grow these “childish” behaviors.  Things will change once we are: engaged, married, have kids, have more money, etc.  They are then shocked, disappointed and angry when things don’t change and all that anger gets directed at the spouse.

Early in a relationship, partners will politely ask the other to stop the behavior. But after a few months or years of not seeing any change this polite asking transforms into nagging, yelling and even shaming. Sometimes we look externally for an answer by asking friends or researching online to gather information in order to devise a plan of action that will finally change this other person. If we don’t see results frustration increases because there are few things more aggravating than feeling unheard and powerless about something that impacts your life. We end up yelling and finally raging at the other in an attempt to get something to change. But asking, planning, yelling and raging are not effective means of change.

As a couples counselor and a wife of over 10 years, I have an answer.  You fall in love with that behavior you hate.

“Huh?” is the usual response I get from clients when I say this. Followed quickly by “that is just not possible,” “this is too horrible” and “how can you say that this behavior is OK?”  And OK, maybe you can’t actually “fall in love” with your husband’s ADD or your wife’s anxiety about what the neighbors think. But maybe you can make room for this trait in the marriage.  Maybe you can stop punishing your spouse.

Because really, what choice do you have?

There are some behaviors that we have that are just part of who we are and nothing will change them. I think that ambition falls into this category.  Some of us are far more ambitious than others; some are just born with a hunger to succeed or make money. And it just is. In some couples, this “problem” behavior is the thing about our spouse that we fell in love with 5, 10 or 40 years ago. But somewhere over the years the “I love that he is so social and has so many friends” changes to “I hate that he is never home.”

You could spend the next 5 to 50 years shaming, raging or belittling your spouse — breaking them down so they really see how bad they are, lowering their self esteem and driving a wedge between the two of you. Or you could find a way to accept this unacceptable thing.

Now there will be some of you reading this that will say that your spouse’s behavior is truly unacceptable. Then you need to think about getting out of the relationship.  A union can’t survive when one person is actively hating the other. I think that the ongoing daily or weekly vitriol is, in the end, more damaging to the relationship that the trait itself.

So lets say that you do find a way to step away from “hating” your spouse’s trait and you stop punishing them. You need to know that funny things happen with acceptance, empathy, and love: change.  Real and lasting change can happen.  It sounds crazy but it actually works. When confronted with anger, disappointment and frustration we tend to dig in our heels and resist change. But when we are given love and acceptance it frees us up to explore other ways of being.

The best visual for this is to imagine that you and your spouse both have on tee shirts that read “You Are The Problem.”  Imagine that you are facing each other, pointing and yelling “you are the problem!”  Heels get dug in and it becomes a test of wills. Absolutely no change can take place in this situation.  Now imagine that there is a sign on the wall that says “The Problem” and you and your spouse are looking at it.  You are standing shoulder to shoulder and both pointing at the sign and saying “that is the problem and together we can figure this out.”  That feels pretty different.

Most couples end up in this first scenario, especially with these difficult behaviors we have been talking about.  They beat the living hell out of each other in an attempt to get rid of this trait.  But in the process they can profoundly injure their partner and their relationship.

I saw an elderly couple at a train station the other day and the wife was looking for their tickets in her purse saying “I just know I put them in here.”  His response was not “what is wrong with you” or “why is it that you mess up the only thing you are in charge of.”  Instead, he responded with generosity and kindness, touching her arm and then saying “you are such a card – I am sure we will find them.” And when she looked up at him she smiled with such relief and he smiled back.  They were a team and focused on building each other up not tearing each other down.

You can still hate the lateness, the ADD or the anxiety but you need to find a way to respect and love your partner in spite of these traits. And you just might be surprised by how profoundly a little generosity and love can transform your marriage.

If you have any questions, you can contact me here to learn how to fall in love with you spouse again.